Jackson’s repertoire stands the test of time; impacting a field of artists who cite Jackson’s influence.  These same songs – many written by Alan – have earned him a place alongside country music’s greatest names and cemented his place in its history with membership in the Country Music Hall of Fame and the Songwriters Hall of Fame. Fans will hear the songs they love including his debut hit “Here in The Real World”…signature songs such as “Chattahoochee,” “Drive” and “Gone Country”…party anthems “It’s Five O’Clock Somewhere” and “Good Time”…and many more. 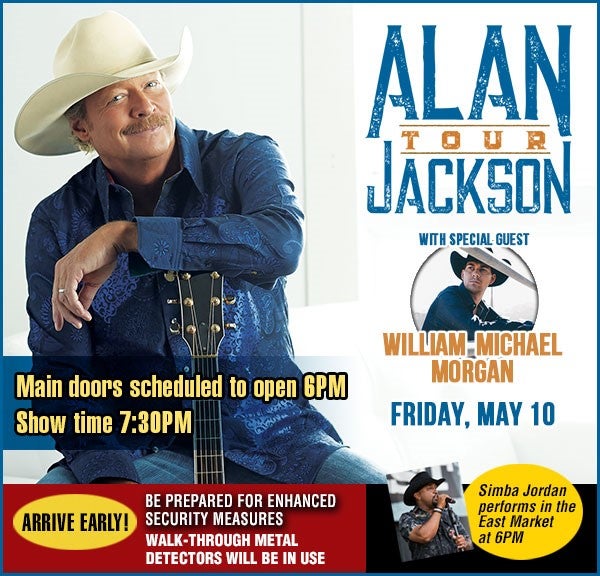 ​
Ticketmaster is the exclusive ticketing partner for events at the Schottenstein Center.  Mobile tickets will be delivered as a SafeTix code.  YOUR PHONE is YOUR TICKET.  Save to your APPLE WALLET or GOOGLE PAY IN ADVANCE!

Not valid printed on paper OR as a screenshot.  Don't have a smartphone? - bring your confirmation email /photo ID to the Ticket Office the day of the event for assistance. Previously purchased ticketmaster issued "hard tickets" for rescheduled shows are still valid.

The Ticket Office (Northeast corner of the venue) is open 9AM-4PM weekdays with extended hours on event days.